My Sicily? Ten meals in a day! 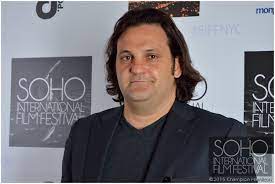 Shot on location, the film features enough gorgeous images of its Sicilian environs to fuel a tourism boom.

Director – Writer – Producer, recently completed the Action Thriller – Sanctioning Evil – with Tobias Truvillion , Zach McGowan and Taryn Manning . His more recent films include Last Call (2021) , Fright Fest (2018) , Little Ukraine , Christmas vs. The Walters (2021) , The Fix (2013) , Leaves of the Tree (2016) and Fire Island . Born and raised to immigrant parents in the Bronx, NY, his innate passion for art and literature have inspired a love for storytelling . While attending the New School University he wrote and directed “The Immigrant’s Son”, “A Room Full of Nothing”, and “Poems Taught”, – character/ theme based plays performed off-Broadway. He began working in film alongside Harvey Keitel and Colin Farrell as an associate in their respective production companies, allowing him the unique opportunity to work on over 60 feature films.