Hello everyone, I am Agata Sandrone in collaboration with Silvana Restivo today we will talk about a profession that is no longer practiced: u conza lemmi, that is the plate and salad bowl fixer.

U conza lemmi was the one that repaired the terracotta or ceramic plates. 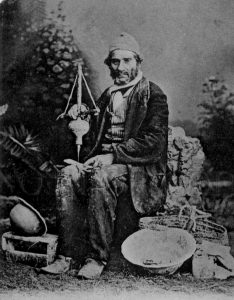 When he arrived in the village abbanniannu that is shouting, he involved people to approach and bring the plates or tureens to be repaired. With a glue he joined the pieces.

Here is a fangotto, a plate used to put the astrattu, the tomato paste.

After putting the glue in the plate, he would drill holes in it with a wooden drill to make it stronger.

Here I show you a copy of the drill he used. After making the holes, he would pass some wire. 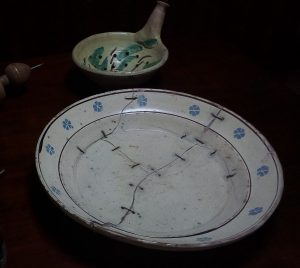 The plate or the tureen were fixed, but they could not contain liquid food anymore, but only solids.

Here we have a small statuette that reminds us of the novel by Luigi Pirandello: “La Giara”.

In this novel we talk about the conza lemmi, struggling with a jar, which he will be forced to break… because ironically he repaired the jar with him inside. 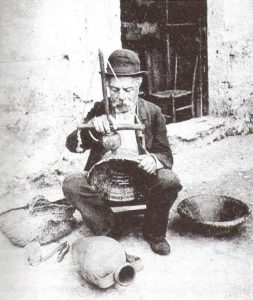 Don Lolò – It’s my fault, if I didn’t leave you alone… you were still good! But instead you went away forever! And now  what do I do?

The granddaughter – Nonnò, look, it can be fixed,  only a piece has come off, the cut is clean, maybe it was cracked?

Don Lolò – It wasn’t cracked, it rang like a bell and now I won’t hear it anymore!

The niece – Yes, you will hear it. 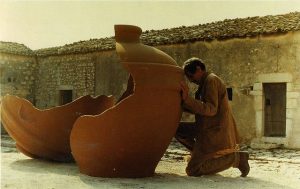 Don Lolò – Do you want me to believe in miracles?

The niece – Some people still make them.

Don Lolò – and who makes them?

The niece – The best picthers fixer of Sicily.

Don Lolò – And what does it have fairy hands?

Peasant – No, not fairy hands, but a glue that works miracles! Its so strong , not even a hammer can crack it. 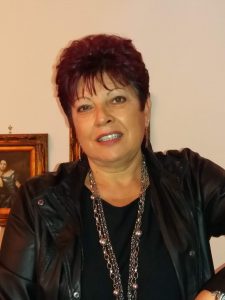