Ancestors, walking the past, Mandorlo in Fiore feast, San Leoluca, Roger II and much more

Looking for your Sicilian ancestors

Sicily is beautiful on the surface but also underneath its sea.

One of the most beautiful experiences to live here in Sicily is that of a nice walk in the abandoned and non-tourist archaeological places, and bring a nice Sicilian picnic with cheese, olives, salami, bread and an orange!

Sicily is a land of culture and monuments and occupies the first place in Italy in terms of visits to archaeological or museum sites.

Is still ongoing the eruption on Etna volcano, while in Stromboli everything is calm

Istituto Luce video The cultivation of the Agave, 1938

Sicilian saying A puvirtà nun è virgogna, ma mancu preiu which means Poverty is not a shame, but not even a quality

The voice Here are two cart drivers who until not many years ago transported fruit and vegetables from one town to another.

The book Guy de Maupassant, in his “Journey to Sicily” in 1865, describes his visit to the Venere Landolina in the Archeological museum in Syracuse 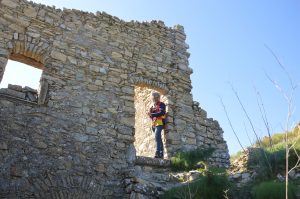