3 foods to not miss in Sicily 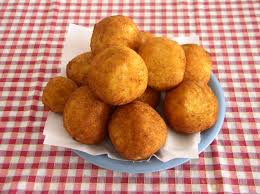 On January 31, 1698, the congregation of San Francesco de Sales was founded in Palermo, whose priests taught the Christian doctrine to the people of the countryside. But after a few years the priests arguet with each other and the congregation was dissolved. The devil was blamed, of course.

In this exceptional video of the Luce Institute we are in Erice, in 1933, when it was still called Monte San Giuliano. Here what you see are the beautiful Egadi islands, Here is Monte Cofano, right in front of Erice, and the bay of Cornino at that time a place of only fishermen with very few houses, today a beautiful tourist resort.
And here we are in the cathedral of Erice from the 1200s. Sicilian women dressed in black who come and go. Maybe it was a village feast or who knows what. And now they return home by slipping into the medieval alleys of this wonderful Sicilian village, the city of love, where an eternal fire shone 3000 years ago that attracted sailors to the renowned temple of love of Venus

Ancient folk medicine Trizzi di donna (or braids of a woman) – Some men are born with a clumps of hair, twisted, on the back of the head. It is said that they are the work of “women of fora” (which is women from outside), being supernatural, often evil, but in this case they are protecting the child. So woe to cut this clumb of hair. The “woman of fora” would never forgive him and in addition to bring misery into the house, they would cause the unfortunate squint and stiff neck. However If it falls alone, there is no consequence.

The farmer’s advice (si ripete per tutto il mese): in January the wheat and also the vine continue to be planted. Tomatoes, peppers, broad beans, onions and peas are sown. And in this month the olive trees are cleaned of dry leaves.

In this photo from 1928 we are in the beautiful village of Mistretta, inland Sicily, a Sicily of ancient traditions. Man with the coppola chat to each other, women with veils on their heads hurry to go home. There are also a couple of children with the coppola. I’d say we’re an early morning holiday. Basically a donkey, was a locomotion of those years. 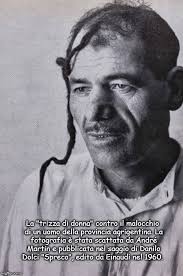 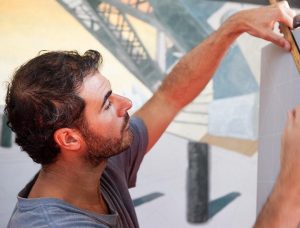