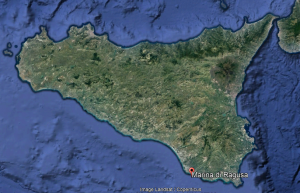 We are in Marina di Ragusa in the eastern part of Sicily, a fantastic place, and a fantastic day.

We are in the alleys of the town with the smell of the sea that surrounds us.

What a beautiful stone house with blue doors!

The palm trees and the sea: well, yes, we are in Sicily.

Pirates, you are warned! 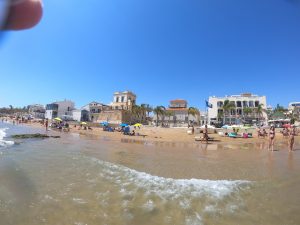 In the past Sicily was often attacked by pirates of which the most famous of all was the feared Barbarossa!

For this reason, the entire coastline of the island was supplied, of control towers and cannons, especially in the 16th century.

As soon as the guardians of the tower spotted the pirates in the distance, they immediately lit fires that warned the nearby towers, and in less than a day the whole island was alerted  this way. 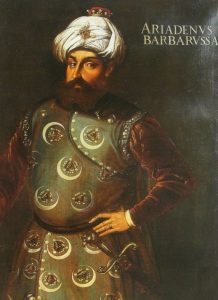 Puffpuff, pant, pant … how warm it is guys.

Here, this is the sighting tower of Marina di Ragusa, perhaps that cannon was just above it.

Let’s go down to the sea, let’s see 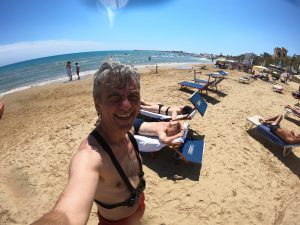 Here I am again on the waterfront.

Down there is the island of Malta.

A vendor of very good Sicilian watermelons, fresh and tasty.

“Ma’m, even if it doesn’t seem like I’m a writer: what are you eating?”

“Where do you come from?”

“What can you tell me about Sicily”

“The most beautiful place to spend a vacation”

Puffpuff, pant, pant … look at those two over there

The young men has nice muscles.

And she does yoga under a tree!

Too curious, let’s see what they tell me

“We are two artisans who travel the world. Four years ago I rebelled against the system. I was an educator in juvenile prisons. I thought this was not a life. We bought a camper and we travel the world making jewels with stones taken from all parts of the earth. She is Japanese and her name is Ai! ”

“You miss something about Japan”

Good idea, now I’ll buy myself a camper and travel around the world!

“Where do you come from?”

“I’m from Milan and she is Russian”

“What are you eating?”

“Scaccia, a fish, and those are marinated zucchini with oil, lemon and salt. Then Sicilian dried tomatoes and provola ”

“Listen the difference between Russia and Sicily”

“A big question: certainly the climate”

Dico in my opinion there live …

“We bought this house and therefore we are Sicilian”

“It is true that in Australia there are kangaroos”

“But is it true that crocodiles come out of the shower?”

“Are you kidding me. Excuse me ma’m, are you from here? ”

“You know these gentlemen”

“They say that in Australia crocodiles come out of the shower”

“If there is a forest near a village, often small crocodiles enter the sewers and pop up in the bathroom.”

Here are the famous scacce, the typical street food of this part of Sicily

They are of all tastes, my favorite is potatoes, tomato and parsley 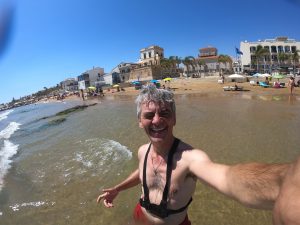