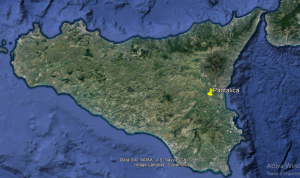 That’s right: welcome to the Sicilian platform for the world of fantacy, the same as Harry Potter platform, but this time we are in Sicily.

Are you ready to live a legendary run?

Even a walk or bike ride, of course, is fine.

We will dive into a deep canyon, that of Pantalica, where once the caveman lived and where until recently a small train passed. 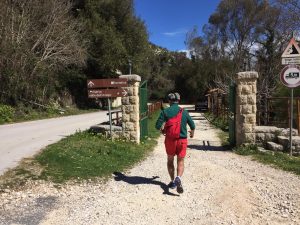 Uhmmmm smell of Sicily, the  smell of rosemary.

This ancient railway station will soon become a center of hospitality.

Here is the map: 13 kilometers to the station of Sortino, point of arrival.

Today we are a small train with two legs

The legendary Anapo River, which is at the mouth meets the papyrus plant, and escorts us among the enormous walls of Pantalica.

The papyrus is an aquatic plant made famous as used for writing. It was a sort of ante literam paper. The Anapo river, near its mouth behind Syracuse, feeds the strange  Ciane  river on whose shores the papyrus is still growing. The importance of the  papyrus as a support in the transmission of culture has been fundamental. Syracuse boast a very interesting primacy: it is the only place outside the banks of the Nile in Egypt where it spontaneously grows lush. 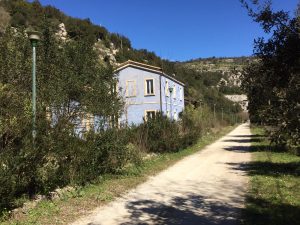 Here we are immersed in the Anapo valley, a wonderful place.

Hey, Harry Potter, come out, we know you’re there!

A cave: A great place to take refuge if you are surprised by the rain!

Here is the first tunnel: the two-legged train is passing!

In that backpack I’m carrying food and water.

So it weighs quite a bit!

I am surrounded by the walls of the canyon and by the vegetation that climbs everywhere.

Here is the second tunnel!

Immediately after there is a picnic area near the river and also the orange trees of Sicily.

There  under the table for your picnic with bath in the river.

We start again: the orange has given me energy.

Ciao Ciao, many greetings from my shadow.

We are inside the third tunnel

Hey, this is really long and dark!

Does anyone have a light?

Here is a farmhouse, right outside the canyon: a good idea

Some water: what a thirst!

Shortly after there is the station of Giambra: here came the people who went to work around in the fields. 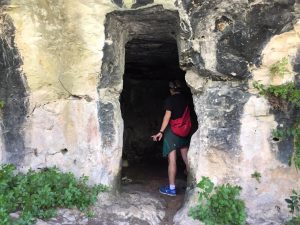 We start again: Up there  is the the kingdom of Pantalica, inhabited since 1200 BC!

At the exit of the tunnel another structure of the past but reused by modern shepherds.

Uhmmm… Right in front there is a little path that I think goes down to the river!

Tombs high up on the rocky ridge 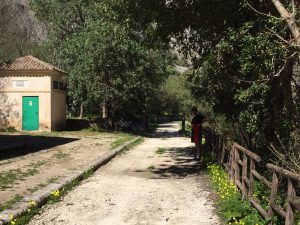 8 and a half kilometers: detour to the Filiporto necropolis, at the top, about 1.5 kilometers.

There are cave tombs, a village with about 150 caves and a Byzantine church, still in the cave, with frescoes.

If it’s not magic this!

Close to a carob tree, there are fruits  that Sicilian scecchi which are donkeys had a sweet tooth for them ,  and here  also starts a little path that descends immediately towards the river.

It is irresistible to bathe in the cool waters of the river.

Salamini of Cassaro, the ilatina, that is a pig-based concoction, and arancini with ragu!

Well, let’s  jog again, this time at a slower pace and with a fuller belly

Detour to  Anaktoron about 1 km away.

The Anaktoron is a megalithic building, the only stone building in Pantalica, where the tribal chief probably lived.

It dates back at least to 1100 BC, and has several rectangular rooms.

The other houses were all huts of straw and wood and therefore not preserved over time.

We continue to jog inside the amazing Anapo Valley. 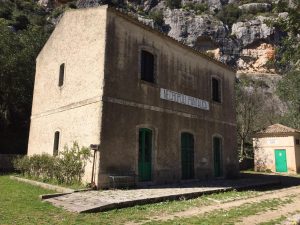 The jelly is talking to the arancini and is telling  something about the salamini.

In short: there is a commotion in my stomach!

Another tunnel with a beautiful path leading to the river

Just at the exit of the tunnel behind a small house, the path that leads to the incredible necropolis of North Pantalica starts: thousands of tombs dug into the precipice rock on the river!

How did they do it?

Do you know anything about it Harry Potter?

Here is the two-legged train coming to the end of its run! 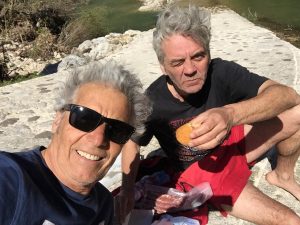