“Cu’ mancia fa muddichi” –  “Who eats, makes crumbs”, which means that anyone who does something, for better or for worse, is always judged.

“’A maravigghia, appigghia” – “What amazes you can also happen to you” which means that one should not be surprised or criticize the behavior of another person since he too could do the same

“Nuddu si pigghia si’ ‘un si rassumigghia” – “People who look alike get together”,  which means that each of us surrounds ourselves with people who are alike, for better or for worse.

“Siddu è veru ca lu munnu gira, di cca avi a passari” – “If it is true that the world turns, it must pass from here”, which means that sooner or later things will work out. If we have been wronged, the moment will surely come when the event will repeat itself in reverse or settle down.

“ ‘A fissura porta a’ sipurtura” –  “Air gap leads you to the burial”, which is used to say when there is a draft of air coming out of a very small opening indicating the fact that, even if its a small hole, the air is constant and sooner or later you will get ill if you don’t plug it.

“A meravigghia, appigghia”  – What amazes you can also happen to you. 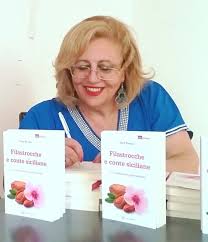