The alleys of Cefalù

The alleys of Cefalù 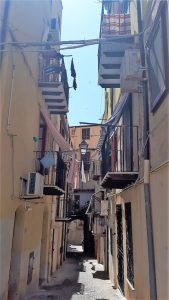 The alleys are the oldest and most authentic soul of the city of Cefalù.

Among the stones of those courtyards, between the balconies with the hanging clothes, among the children chasing each other, stories and traditions imbued with poor but dignified simplicity .

Even today the fruit vendor passes shouting in the streets and claims his merchandise.

Thanks to its baskets full of fruit and vegetables, the air is filled with the colors, smells and flavors of the past … when you did not have the thousand comforts of today, but lived with simplicity and genuineness. 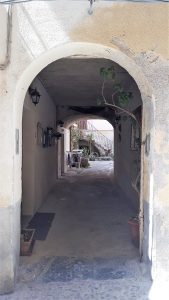 Walking these same streets, you can still see the women looking after the house, the elderly embroidering and the children running carefree barefoot, and all together waiting for the sunset to see their children, fathers and husbands return from work.

In these alleys the houses were so small that life took place more outside than inside.

From an early age, in fact, one was “forced” to create such close and sincere ties with the neighborhood as to be considered  “family”.

The Sicilian community developed around the value of sharing: fishermen, farmers, artisans, everyone, each in their own diversity, shared everything, food, habits, uses, origins and therefore history.

“Cummare Concettina, cummare Rosa, cummare Tina: all were cummare” – my grandmother always said. Both the elderly and the young women gave themselves this nickname to strengthen the bond that existed between them.

Many times I have been told how the cummaris gathered to knead bread early in the morning; they waited for it to rise between chatter and laughter and then worked it to give it a shape.

Finally, they placed the loaves of various shapes and colors on long wooden boards, which they balanced on their heads up to the only oven in the street.

One of the oldest traditions, which still survives today, is that of the CURTIGGHIU which means gossip. 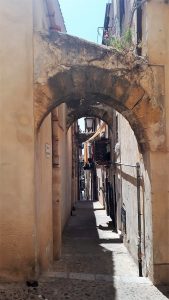 In fact, Sicilian women are famous for their “long tongues”.

Resting on the windowsills of those balconies so close to each other passed, not only the parsley, but also the news and in particular  gossip and scandals of the town, in which for the most part, due to its small extend, everyone knew everyone .

It was a sort of “wireless telephone”, whose messages always arrived totally different from how they started: in fact, after having crossed all the alleys of the town, the news came, and still today are, often magnified and changed, thanks to the fantasy of women that takes the place of the truth.

Giuseppe Tomasi di Lampedusa himself wrote in his Gattopardo: “Everything is rampant on this island that instead of the trinacria should have as its symbol the Syracusan ear of Dionysus,which makes the slightest sigh echo within a radius of fifty meters.” 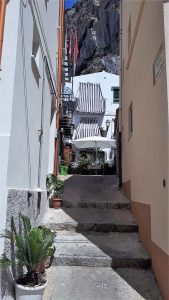 THE MEMORIES OF ROSA

“All the memories I have of my childhood are beautiful. Via Francavilla, the street where I was born and raised, was a single family, full of respect, dialogue, kindness and sharing. There was no envy: those who had more did not hesitate to share it with others.

I remember that one of the older women was considered “everyone’s mother” because thanks to her age and her experience she was always ready to help, to give advice and to welcome others as her own children.

The courtyards were the lounges of the past, where women spent hours and hours talking about this and that. Il pigghia e porta ( the gossip) still existed then and the voices were turning at the speed of light. Since I was a child, my mother used to tell me: “si ghietti un pugnuricanigghia, poi nun lu puoi arricampari chiù” (if you throw a handful of seeds on the ground, then you can’t take it back),”Once you put a rumor out there, you can’t stop it.” 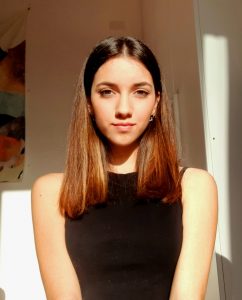 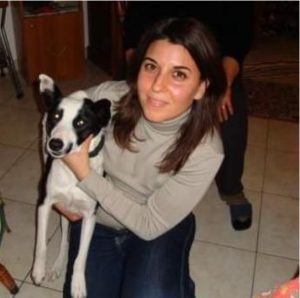