The bench of childhood: episode one

The Sicilian street bench: a place of thought 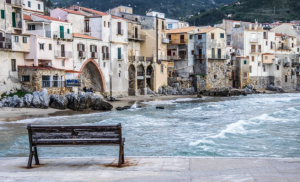 by Eliana Calandra: Director of the Historical Archives of the Municipality of Palermo, of the Sicilian Ethnographic Museum “Giuseppe Pitré” and of the city library system. Paleographer, ethno-anthropologist, passionate about books and reading, author of many specialist publications. Member commission Sicilian Artisan Foundation project (Madrina of the traditions) 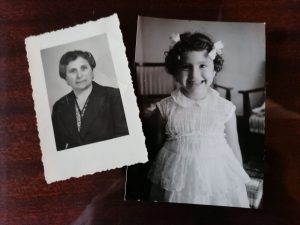 As a child, I was particularly fascinated by the fairy tales told by my grandmother, especially when they talked about castles, dragons and princesses.

We lived in Palermo, but my parents often took me to Alcamo, their country of origin. At that time there was no highway and you arrived after having traveled a winding road, which made me feel bad. But it didn’t matter, because I knew that as soon as I arrived I would be in the world of fairy tales.

There was Mount Bonifato, covered with woods certainly inhabited by elves and goblins. And above all, there was the Castle! With many towers, windows with small columns, large arched doors …

I imagined in there, in a distant time, the king and the wicked stepmother, the servants busy in the great halls, and the beautiful princess.

by Michael Cavalieri: American actor and first time Writer/Director of Sicilian origins. His Directorial Debut “RITORNATO” which he also stars in was awarded a special grant by the Russo Brothers, the Directors of Avengers: Endgame. Cavalieri has received critical acclaim for starring roles in many Award-winning festival 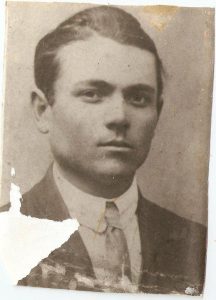 I was born in New York. Some of my fondest memories as a child was when my Sicilian grandfather Agatino would walk me to school. I remember looking out the window and seeing him walk down the street holding a walking stick with a cigar dangling from his mouth.

He was always dressed neatly and wearing his traditional Coppola cap.

He would take Cleo, our German shepherd and all of us would walk together to school.

He didn’t speak a lick of English but somehow I understood everything he was saying.

Our first stop was always at the bay near the bridge. He would toss a stick into the water and Cleo would dive in and retrieve it over and over again.

When we finally arrived at school, he handed me a brown paper bag stained with olive oil and said “Grandma made you something special for lunch.” He would kiss me on the cheek and say in Sicilian “Cleo and I will be waiting for you here when school is over.”

When the bell rang, I ran out as fast as I could to meet grandpa and Cleo. We walked home hand in hand.

I was proud to walk with him.  As we walked through the neighborhood everyone would say “Ciao Agatino!” They called him the mayor of Whitestone. Our final stop was at Leonard the Butcher to pick up a big bone for Cleo. She would carry it in her mouth all the way home. Agatino Alibrandi, my hero emigrated from Limina, Sicily in 1921… I am proud to be Sicilian.

by Claudio Paterna: A pupil of the major Sicilian anthropologists (Buttitta, Rigoli, Bonomo). He wrote numerous articles and publications and was director of the cultural office of the Sicilian Government 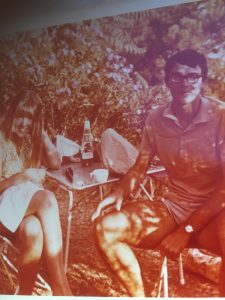 “What I remember of my young age? Uhmmm … oh, yes, Sicily of excursions as scout, in Etna forests; or journeying the island with my family, with our roulotte.

I remember also the “zappuneddu”, that little  tool I used searching for archeological pieces underground.

Still today I go in search of that pieces …”

We are in Marina di Ragusa in the eastern part of Sicily, a fantastic place, and a fantastic day. Let's go!

Here we are in Palikè, the realm of Ducezio and ... prickly pears!