The enchanted garden in Sciacca 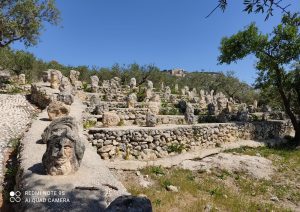 The Sicelioti used this strategy to get enemies in confusion 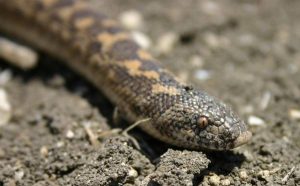 112 years old! The oldest girl in Italy is Sicilian! 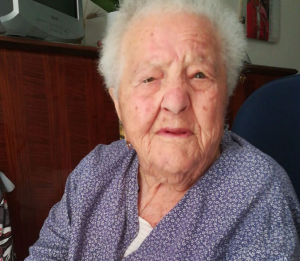 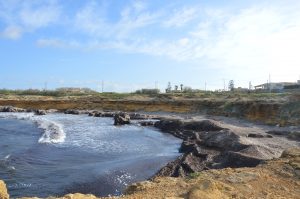 On May 2, 1660 the Baroque musician Alessandro Scarlatti was born in Palermo or Trapani. He was an Italian Baroque composer, known especially for his operas and chamber cantatas. He is considered the most important representative of the Neapolitan school of opera.

Ancient folk medicine: Duluri n’ta lossa, or Arthritis – Rub fat of hen or horse or ox or viper into the sore part. If the pain persists, it means that some witch has made you the evil eye, because he wants you to ‘nchiuvari a na seggia, which means to nail you to a chair. It is probably the cause of a love betrayal and then we need another woman capable of removing the evil eye.

The farmer’s advice (si ripete per tutto il mese): in April, the third plowing of the wheat is done, the beans are hoed, the vineyard is cleaned and pumpkins, melons, beans, peppers and tomatoes are planted.
Cotton is also planted and pomegranate, fig and peach are grafted. The cows return from the sea to the mountains.

In this photo from 1942, an elderly Sicilian woman brings her horse to a water fountain. There is a jar, probably with water and in the distance a beautiful plantation of olive trees. And perhaps that jar, then, was full of oil. The excellent Sicilian oil. Also note the beautiful stone paving of the floor. 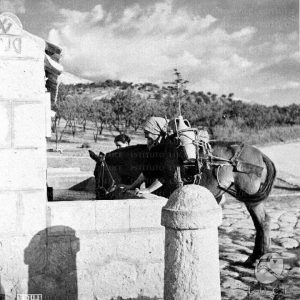 This episode was broadcasted from Sciacca (Sicily) 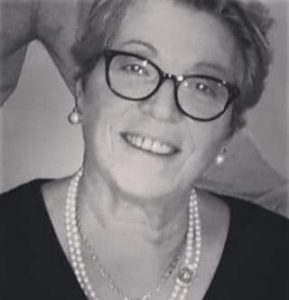 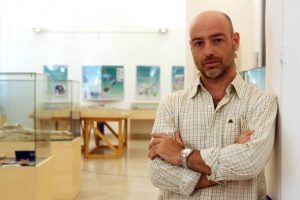 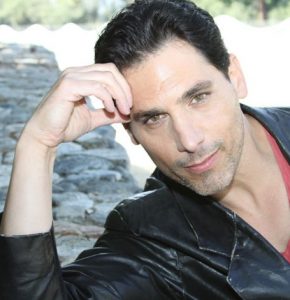