Hello everyone, I am Agata Sandrone in collaboration with Silvana Restivo we give you welcome to this reportage.

Today we continue our stories about elopements.

The story I want to tell you is that of Francesco and Angela.

We are in 1913, Angela a very reserved girl (as they say in Sicily) home and church, had noticed that there was a young man named Francesco who passed with the cart by her house. One morning Angela went to the fountain to get some water, while she was waiting for u bumbulu to fill up which is a clay pot amphora, Francesco approached , he made her understand his intentions, but she said no to him, 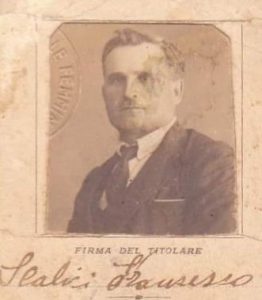 Francesco left but he did not want to give up Angela. He went to call two of his friends and had her followed, taking advantage of a moment that there were no people, the two friends blocked Angela and put a bag of jute and loaded her on the cart where Francesco was waiting for them. He took her to his country house, as soon as they arrived he removed the sack and she began to scream. 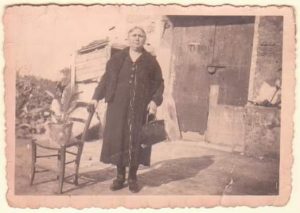 Angela didn’t agree to this escape, but she couldn’t go back home anymore because for her family she had already been dishonored, even if there had been nothing.

She gave herself to Francesco after three days. When they returned to their parents, immediately the families name had to be saved by getting them married.

Francesco was 30 years old and Angela was 13, they had three children. This little story belongs to some ancestors of my family.

When a young girl or family disagreed to an engagement… the rejected suitor, would kidnap the girl, rape her and would let it known around….

The girl, in order to save the “honor”, had no choice but to marry her rapist.

All authorized under ‘art. 544 of the Penal Code! 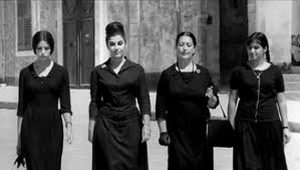 For the perpetrator of carnal violence, the crime was extinguished if the same became available to marry the victim, often underage, but some women said NO to the reparative marriage provided by the laws of the time after the kidnapping and rape.

One of the first was Maria Rosa Vitale

Maria Rosa in 1939 was 17 years old when she was forced to the “forced fuitina”. She was kidnapped (as was  customary in Sicily), by a young boy and two accomplices and taken for three days in a cottage in the area of Villagrazia di Carini (PA). 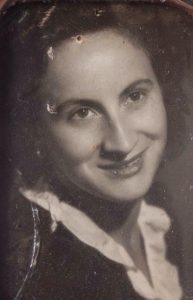 After convincing her kidnapper that she would accept the reparative marriage, she was brought back home and once she arrived at her family, she had the courage to denounce her torturers who were arrested and sentenced.

The story was not made public…

About thirty years later, another girl in Alcamo, denounced the rapist and refused the reparatory marriage but it was already another Italy, that of TV and economic boom, of hope and desire to make and change!

In 1966 Franca Viola was the first Sicilian woman to officially and publicly refuse such a marriage, firmly rejecting the traditional idea of having been ‘dishonored’ by her kidnapping and rape!!! 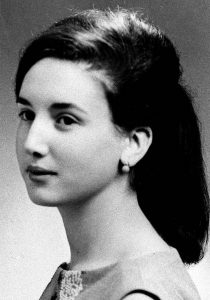 “It wasn’t a courageous act. I just did what I felt like doing, as any girl would do today: I listened to my heart, the rest came by itself. Today I advise young people to follow their feelings; it’s not difficult. I did it in a very different Sicily; they can do it simply by looking in their hearts.

That’s me in the photo, my name is Franca Viola

The arrogance, the cowardice, the fear, the silence.

That was Sicily sixty seventy years ago!!!

With this we end and I say goodbye until next time.