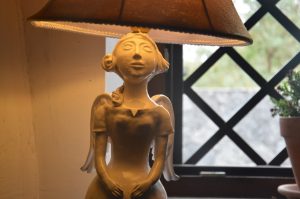 It is a female, winged figure.

It used to be called a pupa cu l’ali and traditionally these small ceramic statuettes were only one color and mostly pure white.

They were given to young brides to wish them prosperity and a happy life.

Traditionally, they were lamp or candle holders but in the traditional cult it was a lucky charm object, an augural sculpture.

My matrangela was born from my visions, these imaginative landscapes always linked to a rural context, there are these country houses, there are trees and a lot of peace.

She’s holding a house in her hand to keep  it close and protect it. 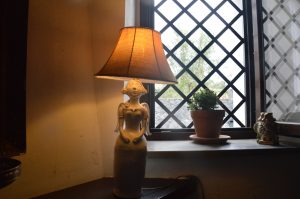 On her head are these two doves, also bearers of happiness.

She wears nature, she is our greatest mother, Mother Nature.

This will be a new matrangela, as a candle-bearer with this sumptuous Sicilian dress, a peasant girl with a bunch of flowers.

I always like to represent matrangelas with something in their hands. 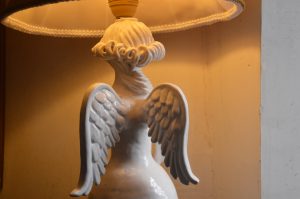 The creative people of Trinacria

Sicilian Artisan Foundation (S.A.F.) is a project  to sustain the Sicilian creativity, over all to support the artisans and artists.

The objective of S.A.F is both to safeguard the traditions and ancient crafts of the people of Sicily, and to sustain economically the Artisans and the Artists, both the real ethno-anthropologists of the country.

The writers transcribing down through memory to the pen; artisans use their hands and flair.

Both use their hearts. 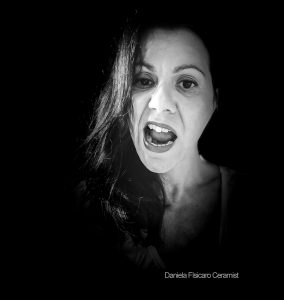