The storyteller of Sicily: from year Zero to nowaday

From year Zero to nowaday

My name is Orlando.

I go around by myself to the land of Sicily and I stop where they welcome me and give me a good meal.

And then the people gather in the square and bring me a comfortable chair and good food.

They wait for me silently to finish the meal.

“We want you to tell us the history of Sicily,” someone says.

And so I begin my narration.

Romans left the place to the Byzantines that lead permanently Jesus Christ to the supernatural power: Zeus, the Greek god, is undermined.

Led by the commander Asad ibn-Al Furat arrive the Arabs.

Palermo is the capital and is praised the most beautiful city in the world!

The Arabs find a beautiful land and fills it with art, innovations,gardens and water games.

Now Muhammad is the King of Heaven even though Jesus Christ is some how tolerated.

The Arabs never really left from this island and still today are present in foods, like our cassata Siciliana or as the bitter sweet of many recipes; In last names such asVadalà (servant of Allah); In toponomy like Marsala (Mars Allah, the Port of Allah); In town planning (like the many alleys and labyrinths of many cities) and in many other customs, tools and methods of work still in use today. 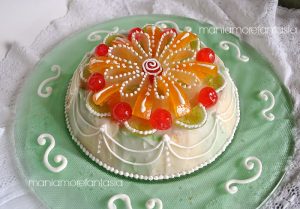 The Arabs would have been destined to be the population that most of all remained imprinted in the veins of our people.

But even for them came the time of defeat.

They were defeated by the Normans in 1086.

But the people that came from the north, the Normans precisely, were literally enchanted by the art and mastery of the Arabs, and wanted them along side as architects, engineers, designers, artists.

And so  it was born the Arab-Norman art, a  Sicilian charm in Palermo, our capital, its great masterpiece.

The Palatine chapel in Palermo is the ultimate example of the splendour of this art.

King Roger hired at his court even an Arab geographer, Idrisi, who traveled the whole Island talking about cities, ports and itineraries.

The Normans also began the construction of castles that today are ruins perched often on inaccessibile peaks.

The people gathered around them in the hope that the landlord of the castle would give them work and security.

This is why many small villages in our island are often found on the peaks of impervious highplaces.

The Normans also erect sumptuous cathedrals, like this one in Cefalù, this one in Palermo and this beauty in Siracusa, which embraces the Greek temple of Athena!

We are in 1194 and Sicily now passes to the Swabians who had a great emperor: Frederick II, the stupor Mundi, the wonder of the world.

He surrounded his court of artists and scientists and it is precisely from Palermo that the Italian language begins to take shape replacing Latin.

He too, as King Roger Norman was buried in the Cathedral of Palermo and their graves are still there to witness the sumptuous past of Sicily.

Then it was the turn of the Angevins, not so loved by the Sicilians who rebelled against them givin birth to the famous war of the Vespers it seems that began towards the sunset when a French soldier molested a beautiful Sicilian.

The population of Palermo rose up and cry of death at the French!

In this wonderful castle of Sperlinga, entirely dug into the rock, the Angevins resisted an entire year to the assault of the Aragoneses.

It was the year 1282 and Sicily passed to the Aragonese, the eighth population to rule the most dispute of the lands of the Western world.

In 1693 there was a catastrophic earthquake that destroyed all of eastern Sicily.

It destroyed everything but, as the Phoenix rises from its own ashes, it was for Sicily the beginning of a great feat: The Sicilian Baroque, the masterpiece of Baroque style in the world.

The Sicilians rebuilt the destroyed cities with other new and sumptuous ones.

Noto is the most striking example.

This is Noto destroyed by the earthquake of 1693 and this is the rebuilt one, on the low land.

It is the capital of the Baroque in the world, which fascinates visitors with its bellied balconies, churches that seem made of malleable stone, the splendid facades of the palaces, and the sublime zoomorphic figures that seem to speak to the underlying spectators.

Then we continued in a sort of passage of the island to this and that, always nobles who somehow divided Sicily: Spaniards, Savoy, Austrians and Bourbon.

Until, in 1860, Giuseppe Garibaldi unified Italy starting from Sicily.

With a great victory over the opposing  army here in Calatafimi.

So thisis the story of the Trinacria, the ancient name of this beautiful island.

I continue to travel because I never stop discovering places and character of this people.

We Sicilians are like the waves of a hundred different seas that meet and mix with each other, creating a single ocean.

We have blood of all colors, cells from every continent and a DNA with billions of different proppelers.

Some of us have the dark eyes of a Greek, others the olive skin of an Arab and others are tall and blond like a Norman.

But, however, it was the story, the Sicilians that feel only and always Sicilians and in some way never Italians.

In fact, if you meet a Sicilian and you ask him: “Where do you come from?”, he will answer

only and always “from Sicily” and never “from Italy”. 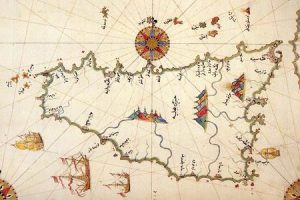