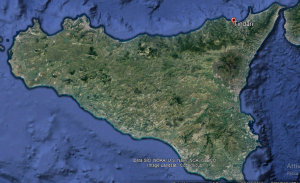 A legendary place perched on a promontory overlooking the sea, Tindari is certainly one of the most beautiful spots in Sicily.

Tindari was founded in 396 BC by Dionysius the Elder, Tyrant of Syracuse. Over the following centuries it became a stronghold for Imperial Rome.

We start the visit along the road where we find the Greek fortifications, a double curtain wall of blocks with square towers and the Pincer gate. 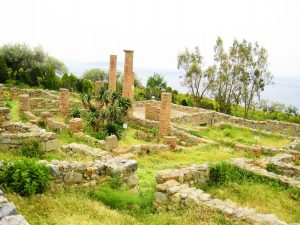 The town plan was characterized by a presence of a series of isolati, small block areas of about 30 meters that had 3 main streets (decumani); a typical checkerboard pattern plan (Hippodamian).

In this section of town, one block area was found in its entirety (insula IV), thats  because of the terracing of the land, contains buildings on different levels. In the back part of the decumano, there are tabernae (commercial shops) three of which had a back room. There was a domus (house B) with a peristyle of 12 columns with Doric capitals and another house (house C) with columns that have Corinthian capitals.  Both of the houses are from the Roman period (1st century BC)

We can see the Calidarium, the Frigidarium, the Tepdiarium and the system that let them work.

We can also admire the dressing rooms and many wonderful mosaics, among others one who depicts the Trinacria, logo of Sicily. 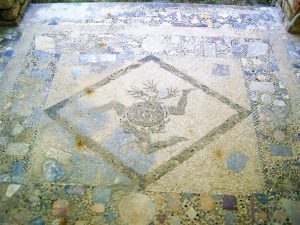 Certainly the most fascinating monument is the Greek Theater of the 4th century BC that the Romans later modified to be an amphitheater for use with gladiators. Carved in rock and overlooking the sea, it could host up to 3000 people.

In Roman times, an arcade was added and the reconstruction of the stage, of which only the foundation and an arch remain.  The orchestra was transformed into an arena, surrounding the auditorium with a wall, eliminating the four lower steps. 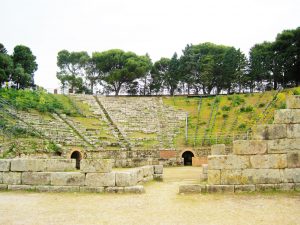 Another interesting monument is the Basilica, a porch with two floors from the 4th century BC with a large central gallery, a barrel vault ceiling and nine arches, flanked by two roads covered with arches as an overpass. 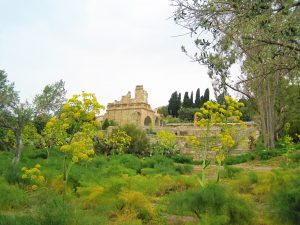 Where once stood the Agorà now is the main square of the village of Tindari.

Here you can enjoy a breathtaking panorama of the Laghetti di Marinello (sea water trapped by sandu dunes) and one can also visit the Santuario where is preserved the statue of the very venerated black Madonna di Tindari. 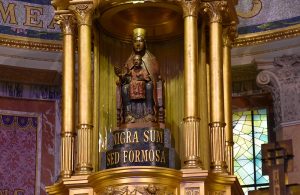 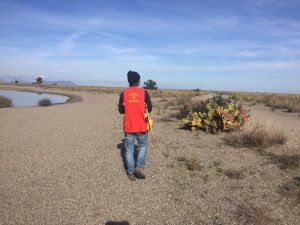