Why, according to many, Sicily is the most beautiful place in the world

Why, according to many, Sicily is the most beautiful place in the world 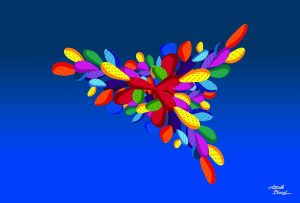 Sicily is the largest island in the Mediterranean Sea. It is located at the southern end of Europe and all the children at school have learned that Italy in the shape of a boot seems to give a kick to the island of Trinacria, the ancient name of Sicily.

The extraordinariness of Sicily, considered one of the most beautiful places in the world, is given by a series of factors which, put together, become a magical potion of beauty and livability.

The attraction that this island exerts on anyone who comes to visit it is essentially given by a series of factors that make  Sicily a mathematical formula . 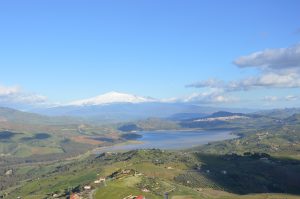 An exceptional climate; a humus that makes the soil very fertile and rich in products; a varied food and among the most popular in the world; the inhabitants hospitable and always ready for a smile; the colors of the sky and that indescribable, enigmatic atmosphere of peace that can be breathed everywhere in this land; and then, great pride of the whole world, an artistic, historical, naturalistic and cultural heritage that has no equal on the planet Earth.

But , always keep in mind that we are talking about an island, and not a nation.

This is precisely what makes it astonishing: there is not a single place in the world that has the same characteristics.

Some of these elements were given by Mother Nature.

Others, from a truly curious alternation of human beings, that is: about ten different dominations in 2000 years. 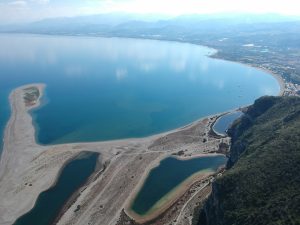 And this factor has unleashed the Chaos, that is: the perfect Harmony of the elements.

What a bizarre thing, what a curious island, what a fatal attraction.

Everything got mixed, elements that by nature are repulsive to each other, here and only here, they entered Chaos and mixed perfectly .

The temples, Jesus, the Stupor Mundi, Dwarf Elephant, Archimedes, the Romans, Garibaldi, Mohammed, the blond Normans, the dark Arabs, the Baroque masks, Etna, the cannoli, the pirates, Pirandello, the Phoenicians , the Byzantine icons, the nobles, the poor, Zeus, Antonello da Messina, the god Baal, the Aragonese.

One day you were praying to Jesus and the next day it was forbidden.

So, I ask you: do you know of one place, only one place in the world, that can boast such a past?

And again, I ask you: can you only imagine what could create the union of all this past? 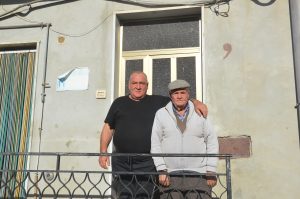 Even if you don’t realize it, all of this is what bewitches you on this island.

Open-mouthed from start to finish!

Coming to Sicily is the same as sitting in an armchair and reading a book that talks about history, illustrious men, architecture, nature, food and relaxation, at the same time.

All those who come to Sicily, more than all the things said so far, more than the monuments, museums, art and the sea, regret this atmosphere of peace that you breath in Sicily.

I don’t know how, I’ve never understood it, but here you can really live a life sitting on a bench.

You breathe serenity: it will be the stone of the houses; the scent of the sea on the coasts and the thyme in the hinterland; it will be the clothes hanging in the narrow alleys or the fruit vendors with carts or the elderly ones who like lizards are sitting in the squares looking at you and scrutinizing you.

Here there is alchemy. 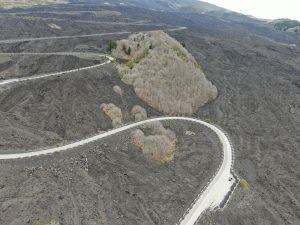 In the ampoule of the magician they have put all these ingredients of two thousand years.

We Sicilians are like the waves of a hundred different seas that meet and mix with each other, creating a single ocean.

We have blood of all colors, cells from every continent and a DNA with billions of different helices.

Some of us have the dark eyes of a Greek, others the olive skin of an Arab and others are tall and blond like a Norman. 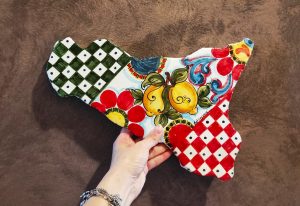 But, whatever the story may have been, Sicilians feel that they are only and always Sicilians and in some way never Italian.

In fact, if you meet a Sicilian and ask him: “Where do you come from?”, He will only and always answer “From Sicily” and never “From Italy”.

Because Sicily is Sicily!