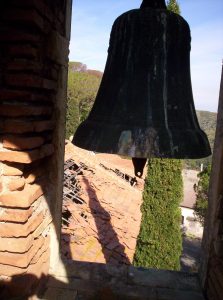 It was a beautiful December day in both Atlanta and Sicily.

That morning while I was running alongside the Chattahoochee, a woman shouted to warn me “Snake!” I made it just in time before stepping on a black reptile a kilometer long. I stopped, waited for my heart to resume its normal beat and took a picture of the anaconda which I sent to Silvana.

Gualtieri Sicaminò is a village lost deep down in the valleys of Messina, where the mountains, on a steep descent, are suddenly presented upon the sea, offering stunning scenarios of the cliffs.

Here lived the Duke Avarna, the Duke of the Bells. In Sicily, the aristocracy played a very serious role in the past and still does today. A sick nostalgia of nobility continues to flaunt with their pretentious, what they consider to be sophisticated, speech, and remaining in their dressing gowns all day. 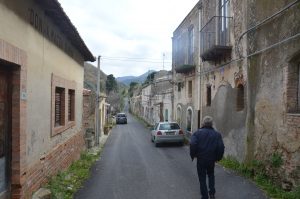 The Sicilian aristocracy category is divided, as in the rest of the world, into two basic groups: the greedy and those who have squandered it all. Both, however, maintain the same attitude in their theater of life, playing perfectly the part of the Lord, rich or poor, but always aristocratic.

A normal person would be totally in panic if he lost all his money but aristocrats, however, are able to know how, and to lose with grace. There must be, therefore, a fascinating side to this air of aristocracy.

I mentioned the Duke Avarna. This gentleman belonged to the second group of aristocrats, those who squandered it all. He had a family castle in a suburb in the surroundings of the even smaller village of Gualtieri Sicaminò. He had lost all his wealth at casinos, by his life style of easy living, and young women. When he wasn’t quite so young anymore, he met a young American stewardess, Tava Daez, who fell madly in love with him. 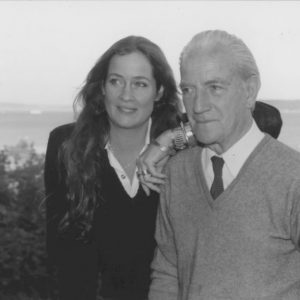 The duke took her to his town, sent his wife packing, and settled into a smaller house adjacent to the castle where he put, by the window, a bell that he rang every time he made love with the beautiful stewardess. So not only the country enjoyed listening to the chimes of the Duke, these chimes would also make livid the no longer beloved wife.

One day Tava left for work and the Duke fell asleep with the stove on, suffocating. End of story.

This has always been one of my favorite stories, so when I went there to make a press report for an Italian television channel, I climbed up to the home of the Duke and rang the bell. It had been twenty years that no one had entered those rooms. Among heaps of weeds, I saw the old stove that caused the fire, the table where he ate in the small kitchen, the glasses and cutlery, the room where they made love, and the window with the infamous bell. A few City Hall employees, stunned, looked at me from below. I took the rope and ding, dong, ding, dong…indelible moments. I met Tava a few years later and we had a nice conversation in Milazzo where she lived. The Duke Avarna would be a perfect character for the Fox Theater, there is no doubt. 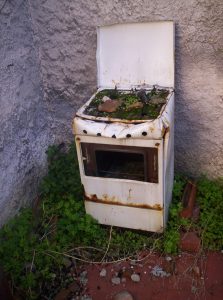 from the book: A Sicilian along the Chattahoochee”, by Giovanni Vallone