Wax sculpture and saints in a theater

Wax sculpture and saints in a theater 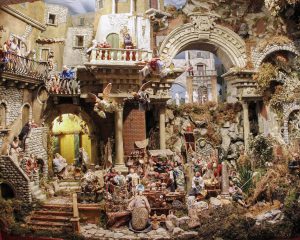 Artists and artisans are often the true ethno-anthropologists of a population and a hand down artistic recipes that would otherwise be lost.

Like Jaemy and Roberta who preserve various ancient Sicilian techniques including wax sculpture and the so-called “Saints in a theater”, as well as painting and others.

Jaemy: “I’m Jaemy and she is Roberta. We like ancient Sicilian art and we try to divulge it before it disappears completely. We find the recipes in the ancient texts that you see behind us and try to drawn  their secrets ”.

Wax sculpture is an art that has developed in Sicily since the 1600s and sees its maximum expression in Palermo where it still exists today in via dei Bambinai . 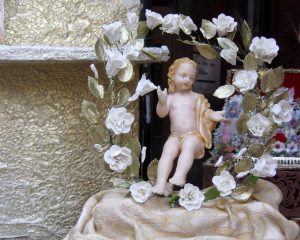 Roberta: “This is where we create the wax that we combine with other ingredients and this is the result, a baby Jesus that we will then paint by hand. Then we take fabrics and gold laces and sew them by hand in order to make the baby’s dress.

Roberta: “This is a complete nativity scene. We are inside the church of San Nicola” 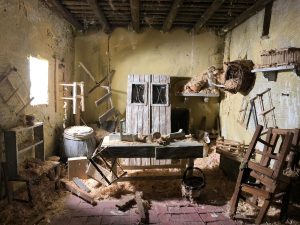 Jaemy: “We also revive, after more than 100 years, the so-called” saints in a theater”, made with the ancient technique. They have a structure consisting of two or more layers of cardboard of increasing height placed one in front of the other, creating a sense of depth and dynamism within imaginary and small theatrical perspectives, through their opening and closing. Italy and especially Sicily, in history has had a high production, especially in the ecclesiastical world for liturgical memories, but also at times profane ” 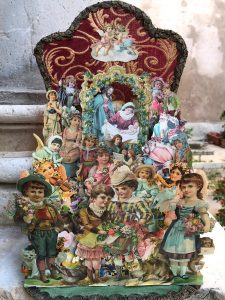 Here, today we have presented you with two other exceptional forms of Sicilian art. A land where creativity seems to have roots, just like a tree growing in fertile soil.

A tree that gave temples, Baroque, poetry … baby jesus and saints in a theater!