Memories always have something magical and golden, like children’s fairy tales.

A palace, a fairy, a princess and a knight. Fairy tales that are good for everyone, for small and big. For those with imagination and those with out one.

My fairy tale is that of an inland Sicily, made of light, mountains and valleys. An island without the sea, where the sea is a mirage and the horizon has the color of wheat.

This is the painting  that I’m most fond of: the grandparents ‘ house. 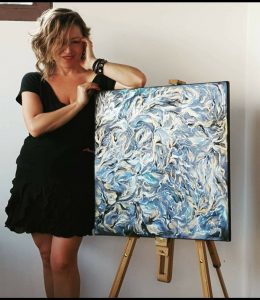 The Sicily that belongs to me is the place that gave birth to me, a true and unimagined place where to depart and where to return.

My Sicily is a corner of the world, it is the triumph of everyday life, of the scent of bread and good people. It is the Sicily of the little things where the little one evokes ancient glories of those who have passed by here and of whom something has left,  and that still thrives in myths and legend.

Because Sicily, a metaphorical middle – land , can be crossed and those who pass through here leave heart and soul. 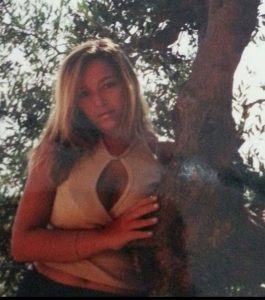 Kore, who leaves that cave on March 21 and returns from the underworld to bring back the spring

For Kore  cried mother Demetra, goddess of the harvest, who for nine days and nine nights desperately looked for her daughter.

It is the song of the Earth for the Earth. 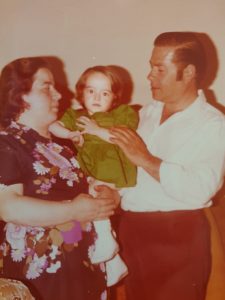 It is  a female like the Earth that, fertilized by the seeds of wheat, receives its fruits in the womb.

It Is mother like the Madonna that has saved and protected this land so many times .

A mother that, as much overflowing with ardent love, not always knew how to be lenient with her children.

And so its poor children , through fog and unknown, through new labors and new shores are due to leave, learning to speak the language of farewells.

Now it remains that desire to go that still drives us to leave, but it is the same that invites us to return.

Because in Sicily, in my Sicily, The family is the strongest bond that we feel,  that we need  and whose presence must never abandon us.

The family is the one that binds and unites between lunches and sweet fragrances of almonds, ricotta and cinnamon.

It is the Sicily of the table and of the relatives. 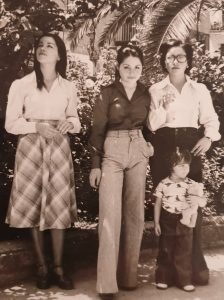 Because my Sicily is that of open doors and altruism.

It Is the Sicily of jealousy, which of noble has little but of hard times has so much.

It’s that of excesses. Excess of love but also of passion. The same passion of transportion of love and suffering.

Irene dove preferisce lei (legge fino alla fine)   Because my Sicily is the other one that comes.

It is a land that welcomes. It is a mother who embraces.

This is my Sicily! 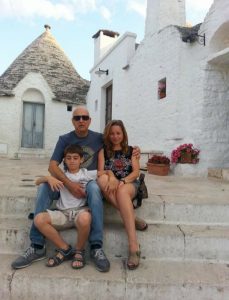 Who is Irene Varveri Nicoletti

Irene Varveri Nicoletti, member of the cultural department of Smashing Sicily, is a writer, theatrical actress and painter. Her Sicily is strongly inspired by its place of origin: The hinterland. As the subtitle of her latest book says, Irene often tells, in her art, “short stories blown by the sirocco”, that warm wind that together with the yellow wheat of her hills, have been and always will be, a perpetual source of inspiration 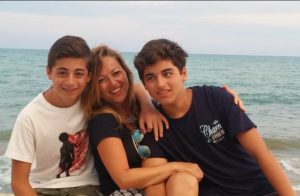